The Way Dogs and Cats Exercise Is Quite Different

If you’re looking for a workout buddy, a cat may not be your best choice. While cats are known to be agile and will occasionally spend time playing games with you, they aren’t known to be athletic, per se. Dogs, on the other hand, are usually great exercise pals. Many breeds enjoy running and hiking, and will happily trek along on any trip. 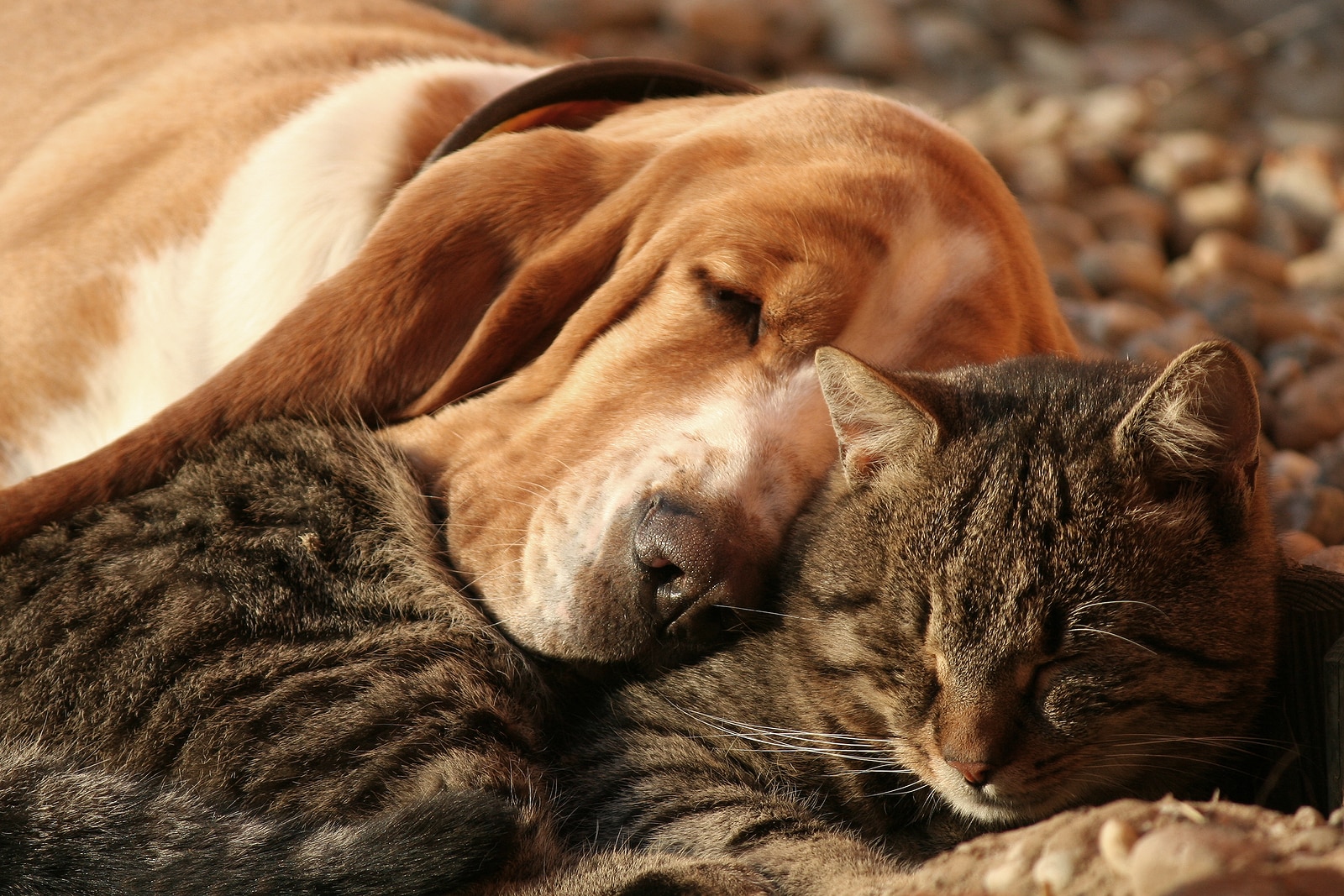 Just because cats aren’t into exercise, doesn’t mean they aren’t nimble. Cats have lean muscles and will pounce or leap when stalking prey, even if that prey happens to be a fun feather toy you’re swaying back and forth on the carpet.

Playtime with dogs and cats is also very different. While many dogs enjoy a game of fetch, cats will often watch you toss a ball, and then walk away, unwilling to join in on your game. For a cat, fun playtime may consist of pouncing on your feet when you’re lying under the covers and sleeping. Cats are nocturnal animals, says the Animal Humane Society, and enjoy playing at night, when your dog is most likely snoring gently.

Dogs are pack members, and throughout history, have worked in groups. Because of this, they see their pet parent as the pack leader, looking for direction and following it closely. Dogs tend to work together to get things done, so your dog will involve himself in your routines as a way to connect with you.

Cats are solitary hunters. They are very independent creatures, and often don’t rely on their humans for much past their basic needs of food and a clean litter box. They are content being alone for hours at a time. To connect with a cat, you often need to take the first step. Just because they aren’t pack animals, doesn’t mean that they don’t enjoy getting a nice back scratch from their human family.

Behavior Is One of the Main Differences Between Dogs and Cats

During the day, your dog is active and playful. While he may take an occasional nap, he prefers being at your side. A cat, on the other hand, sleeps away much of the daylight hours, preferring to jump into turbo time right before you jump into bed. Cats are more playful in the evenings, but there are many cats who make time for their pet parents during the day. A routine helps get your cat more on your schedule.

One major difference between dogs and cats are the way they sound. Your dog will bark, howl or growl, whereas a cat meows or snarls.

When giving warning signals, cats will often arch their back and the hair on their back may lift. Dogs will show warning by baring teeth and staring. Both animals will usually make sounds, such as growling or snarling, when warning another animal or human to keep their distance.

Behavior is tough to compare too closely, because, like humans, dog and cat behavior and personality can vary so greatly. Some cats are extroverts; other dogs are introverts. Species and breed only determine behavior so much. The rest is left to their individual personality and the environmental factors that they are raised in every day.

Food Is Another Difference Between Dogs and Cats

Dogs and cats enjoy eating. However, cats need to ingest smaller and more frequent meals than dogs. It’s important to thoroughly understand your pet’s nutritional needs. Speak with your veterinarian to determine the perfect meal plan for your furry friend.

Physical Traits of Each Pet Are Obvious to the Eye

Claws are evidence of the difference between dogs and cats. Your dog’s claws are duller than a cat’s, simply because they are always out, and the ground he walks on wears down the claws. A cat has very sharp, retractable claws that are used for protection and to latch on to things, such as something she were to climb.

Dogs and cats can be excellent hunters. However, the way they approach their prey is very different. Cats are climbers and use their claws to scale trees and then without effort, leap from high places. Dogs are earthbound creatures. While some are known for jumping, dogs are more likely to use their nose to find prey or speed to catch it.

Dogs and Cats Use the Bathroom Differently

When there’s a rainstorm, a cat that uses the litter box may win you over quicker than a dog who needs to relieve himself outside and is very picky about the exact piece of grass on which to “go.” However, it’s possible to house train your dog. Cats learn to use a litter box quickly, often by instinct and require only a few reminders.

It’s a misconception that cats aren’t trainable. Many are! However, cats often express their opinion. Remember, dogs are pack animals who closely and willingly follow their master’s orders. Cats don’t share that same obedience. Cats are independent. It’s important to keep all feline training sessions very short, but be consistent and keep trying, as their memory lasts much longer than a dog’s. Unlike cats, dogs can be trained in a group. They can also endure longer sessions to help them remember everything they’ve learned.

You may need to approach training differently with dogs and cats, but both species enjoy treats as a form of praise for their hard work.

While dogs and cats are very different, of course, they both are great companions. All they need is love and care from their pet parents to be happy, healthy animals.